How can schools in England tackle cyberbullying? 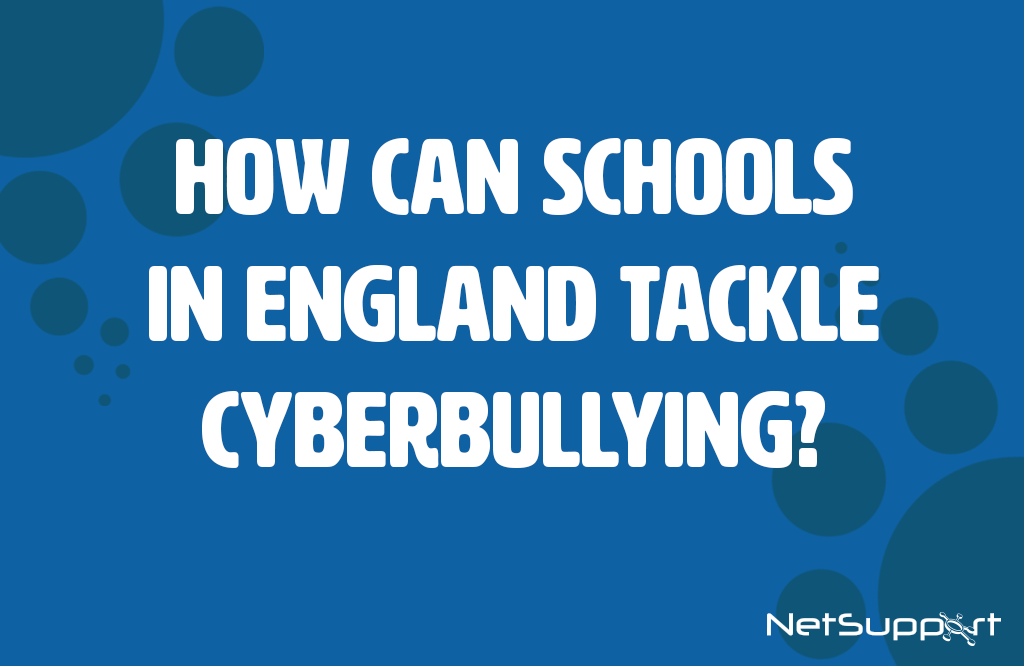 The new Teaching and Learning International Survey (TALIS) has highlighted cyberbullying as a major concern for schools in England.

Ranked as the worst country in the world for cyberbullying, the survey concluded that 14 percent of headteachers faced problems each week caused by “hurtful” material posted about pupils, and 27 percent faced problems caused by pupils receiving “unwanted contact” online – in the form of cyberbullying.

As a result, experts warn that it is an issue that “schools really need to get to grips with” and English schools in particular need to “make this a priority”.

Many schools do have anti-bullying policies in place that address cyberbullying specifically. However, the research indicates that schools in England are not as successful as those other countries in tackling the issue.

How can technology help?

Even though technology enables cyberbullying to take place, it can also be a vital tool to come to the aid of those students who are being victimised whilst they are in school – and, at the same time, alert staff to potential issues that may be developing. For example, NetSupport DNA empowers students to ask for help by offering a “Report a Concern” feature that allows them to swiftly and anonymously report any problem that they may have encountered (e.g. cyberbullying) to a staff member that they trust. It even includes the contact information for national support resources so students can reach out to these instead, if they prefer.

Meanwhile, safeguarding staff can use NetSupport DNA’s contextual intelligence-based Risk Index that automatically flags high-risk events and vulnerable students. It creates a risk index number for each event based on sophisticated contextual intelligence risk analysis, meaning staff can see quickly see who needs help urgently. They can also use real-time monitoring and look for exact keywords or phrases in several languages to keep an eye on students’ activity. These keywords are displayed in a word cloud format, along with other insights, so staff can spot trending topics across clusters of students.

Importantly, the phrases are also shown in the context they were being used. For example, a triggered phrase being used in a Word document during lesson time would be perceived as a lower risk than if the same phrase was being used in a messenger app during lunchtime. Within NetSupport DNA, the system can determine the severity of the phrase used and assign different sensitivity levels based on those conditions.

Another useful feature that safeguarding staff find helpful is the ability to capture screenshots and screen video clips to assist in more severe instances of cyberbullying. These features can all be accessed from the cloud-based console which allows staff to see key information and alerts from triggers across the school’s local network while on the go.

Staff can use these tools as a starting point for discussion with their classes about the importance of leaving a positive online footprint and acting responsibly online. This can help students understand that when they are online, they are compiling a permanent record of their own actions for anyone to see (including future education institutions and employers) – and that includes the negative as well as the positive parts. Adults also need to be mindful of their own actions and set a good example for their children by being responsible digital citizens themselves. This can help teachers curtail cyberbullying and assist students in learning valuable digital literacy skills.